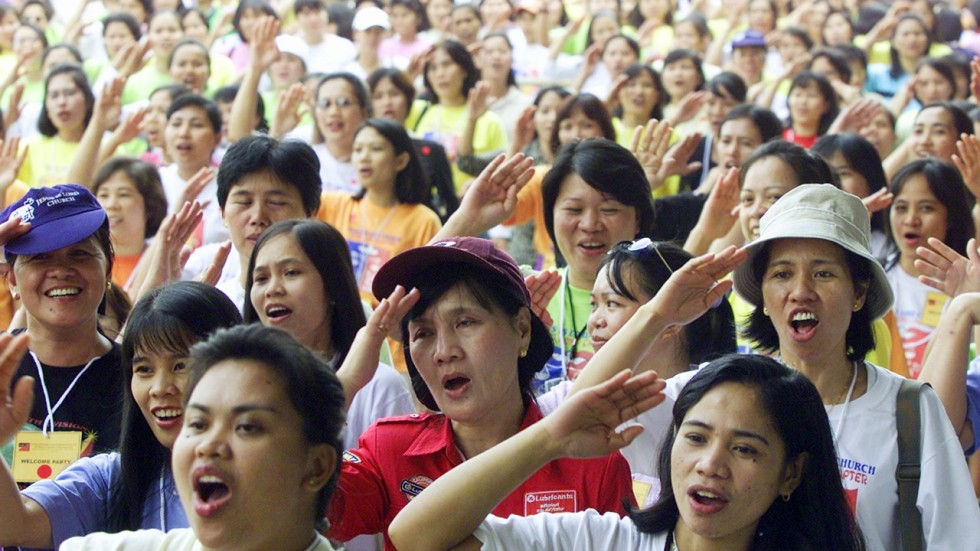 In July 2017, the Department of Labor and Employment (DOLE) revealed that there was a possibility for China to hire Filipino household service workers (HSWs) with a high salary of up to P100,000 per month. The claim was echoed by similar statements made by President Rodrigo Duterte in January, and by Labor Secretary Silvestre Bello in February 2018. Despite the lack of an official statement from the Chinese government, China is likely to open its doors to Filipino HSWs, albeit with restrictions, given the fast-growing demand and the pressing problems it is facing in its domestic household service industry. This paper aims to provide a brief analysis of the opportunities and potential pitfalls for Philippine deployment of HSWs to China.

Last August, the Department of Trade in Service and Commercial Services, Ministry of Commerce of PRC released an annual report titled “Chinese Household Services Industry Development Report 2017”, which is by far the most updated and official source of information on this fast growing service industry in China.1 According to the report, on the average, there has been a steady increase of more than 10% in the total number of domestic HSWs and more than 20% increase in the total operating revenue on an annual basis. In 2016, it was estimated that there were up to 25,420,000 domestic HSWs in China, with a total operating revenue of 349.8 billion RMB, an increase of 26% compared to 2015. However, despite the annual increase in the total number of domestic HSWs, there remain huge gaps to be filled across the major and medium-sized cities in China. For example, in Beijing alone, there is still demand for 200,000 to 300,000 more HSWs.

Data in the same report from the Ministry of Commerce also revealed that in 2016, about 30.2% of HSWs in China were needed for maternal care and child rearing; while about 16.3% were required for elderly care, making these the two areas with the greatest need for HSWs in China. It is forecasted that the demand for more professional HSWs with specialization in these two areas would continue to rise, given China’s aging problem and the Two Child Policy enacted by the government in 2016. But these two areas are also where the HSWs are most lacking in the Chinese household service industry. The gap between the rapidly growing need for professional HSWs and the lack of systemic/professional training of the majority of Chinese domestic HSWs has become one of the biggest problems in this industry.

Moreover, in the past two years, there have been multiple appalling cases reported on the maltreatment of elderly and babies by HSWs in their homes, in care houses and kindergartens. In June 2017, a household helper set fire to her employer’s apartment in Hangzhou in the middle of the night, causing the death of the employer and her two children. The helper was sentenced to death by the Hangzhou Intermediate People’s Court in February 2018. This case shocked the conscience of the general public and raised severe public concern over the professionalism of household service workers in China.

It is reported by the Ministry of Commerce that around 90% of HSWs in China are at or below high school education level; the majority are females from rural areas in their 40s and above, usually with little or no training. In comparison, Filipino HSWs are popularly known for their professionalism, which means they would be able or are expected to provide more professional and specialized care where the Chinese domestic HSWs cannot.

The English language capacity of the Filipino HSWs would also be a great added value for middle-class families that are eager to create an English learning environment for their children at home. According to The Economist, the number of middle class population in China had reached 225 million by 2016 and is well expected to outnumber Europe by 2020.2 The majority of the middle class belong to the generation of the One Child Policy, which means they have received good education, pursue better quality of life and have greater demand for quality education for their children. Thus, the Chinese household service industry also has to cater to the needs of the growing number of middle class families demanding better quality service and capable of paying more.

Market analysis conducted in Guangzhou shows that maternal matron and baby carers were paid 7,493 RMB (about PhP61,000) on average in 2017, compared to the 3,536 RMB for the household cleaners.3 According to Aiyilaile – one of the popular online agencies for HSWs in China – the salary disparity could range from 3,500 RMB to 22,800 RMB per month.4 The monthly salary of P100,000 (approximately 12,200 RMB) as suggested by DOLE last July will thus depend on the skills, experience and professionalism of the Filipino HSWs.

The Chinese household service industry is not yet well developed in both legal and institutional senses. Unlike Hong Kong, there are no industry systems and standards, or well- established and well-functioning rules and regulations in China to effectively regulate the industry. It is not uncommon to find that there is no contract between the HSWs and employers, leading to a lack of clarity regarding protection of rights or the mutual obligations of both the employer and the HSW. For example, the HSWs may leave any time they want without notifying the employer. They may not get their medical and social insurance covered. Or they may be taken somewhere else to work, such as a relative’s house or elsewhere. In August 2017, Filipino HSW Lorain Asuncion, who was taken from Hong Kong to work for her employer’s relative in Shenzhen, jumped off from the Shenzhen apartment where she worked, and died. The Chinese news coverage did not reveal what the exact cause was.

According to the spokesperson of the Chinese Ministry of Commerce, in recent years, the Chinese government has been actively pushing for policy reform to include 17 industrial standards and around 180 local standards/systems.5 But the rules and regulations in this field, particularly enforcement and implementation, remain rudimentary. This lack of well- functioning systems, standards, and rules/regulations for the HSW industry could also easily lead to disputes between employers and the HSWs. In the case of foreign HSWs, this could be a particularly grave issue.

In addition to the aforementioned problems, if a Filipino HSW were to enter a regular Chinese family, there are more issues that need to be taken into consideration, such as communication difficulty, political, social and religious differences. Although English could be an advantage for foreign HSWs in China, they should also expect to work with family members, particular the elderly who do not speak English at all. Political circumstances between the Philippines and China, although gradually improving under the Duterte administration, remain unstable in the long run because of the territorial disputes between the two countries. Preventing overseas workers from suffering possible negative impact of future political tensions between the two countries should be an issue of mutual concern. Moreover, in China, religious freedom is relatively restricted and churches are also limited in number, which may cause difficulty for the religious life of Filipino HSWs in China.

Thus far, China has technically opened the market of only five major cities – Beijing, Shanghai, Guangzhou, Shenzhen, Xiamen – as well as the entire Guangdong Province to foreign HSWs. But the right to employ foreign HSWs has been restricted to the high-level expats from overseas, including those from Taiwan, Hong Kong and Macau who have already been granted Chinese permanent residence or a work permit. Such policy and strict requirements have therefore hugely limited access to the China market by foreign HSWs. The bigger market of the regular Chinese families, particularly the middle-class families, remains technically closed.

In summary, there is a clear demand in China’s household service market that Filipino HSWs could help meet, given their comparative advantage in the industry. But the Philippine government should be aware of the current situation of the development of the Chinese household service industry, particularly the problems and possible consequences for foreign HSWs. To pursue cooperation in this area, a comprehensive system of rules, regulations and mechanisms need to be included in the official discussions between the two governments, and ideally implemented before the actual deployment of Filipino HSWs to China. This is to ensure protection of the Filipino HSWs and to avoid potential conflicts between the two sides. The two governments also need to work together to make arrangements for the reported 200,000 Filipinos HSWs who have been working illegally in China.